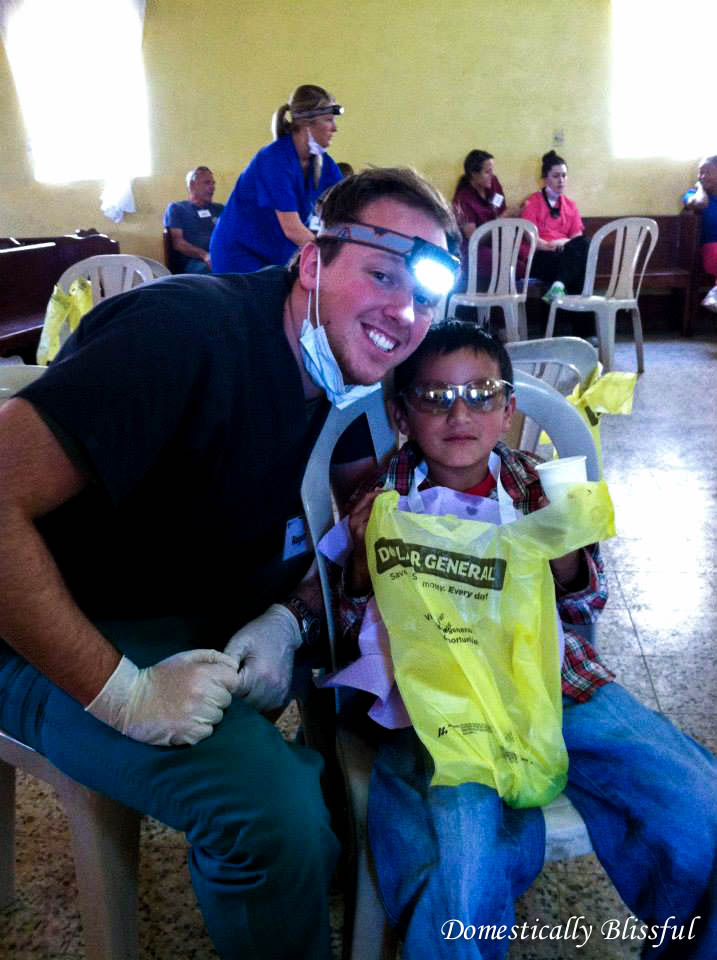 Photo taken by a classmate.

With Roger’s second year of dental school coming to a close I thought it was time to talk teeth again. Roger and I were married just a few weeks before he started dental school – talk about a lot of change all at once! We got married, went on our honeymoon, had one week to pack up and move to Alabama (my Oma –grandmother- passed away while we were on our honeymoon so during our packing and moving week we also had a sad ordeal to go through), move in together for the first time – we lived in a small college town so we had both lived with our parents – and then about a week later he started school. What a whirlwind! I remember once things started settling down – before I started my last year of college at a new school – scowling the Internet for tips and advice for wives of dental students and finding next to nothing.

When I started Domestically Blissful, my plan was to address this topic on occasion. So I thought today would be the perfect time to share our – mostly my – experience of his second year of dental school.

Roger: This year there was a transition from more didactic to clinical classes. This meant that he had less intense studying when he came home for the day. He also went on a mission trip with some class mates to Guatemala – our first full week of separation, so sad!

Me: I see him way more than I did during his first year of school and our first year of marriage. Although I have heard that this isn’t going to last into his third year – but I will let you know for sure this time next year. The National Dental Boards also took up a lot of his time. He took the test in the same week most of his classmates took it – about a week before Christmas – so that meant a pretty quiet Christmas up until he took the test. I felt like it was DAT time all over again. I didn’t sleep much the night before the test, I spent the day in prayer, and I eagerly awaited his phone call after the test. The only difference was he didn’t get his results until the new year. BTW he passed! 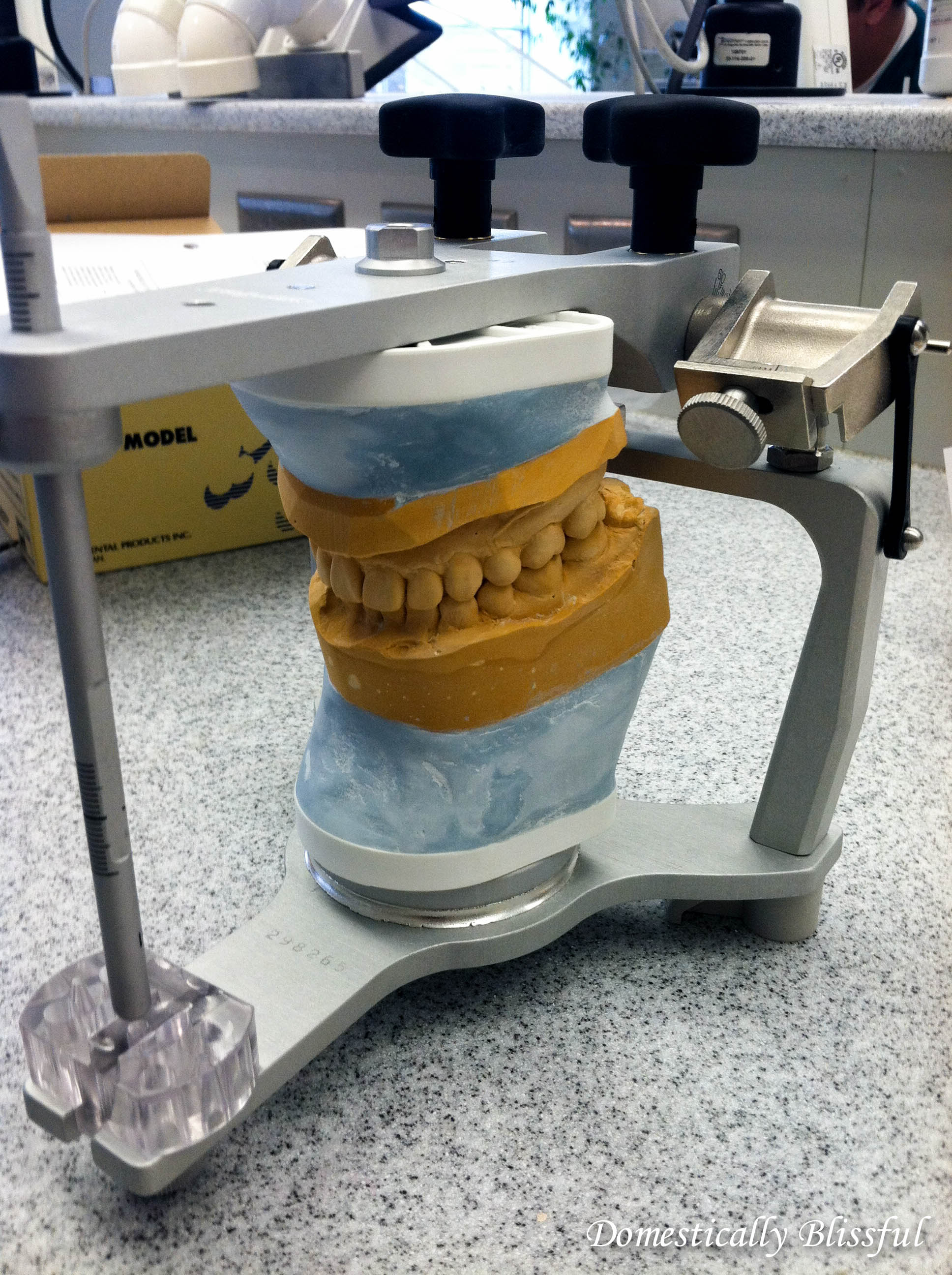 Roger: You can finally start to visualize yourself as a dentist. That in just 11 short months he will start to look towards the future – whether that means continuing his education with a specialty or by finding a job. This means that he can start looking for an actual not just theatrical job.

Me: Getting the boards finished was wonderful – making the second half of his second year wonderful for spending more time together!

Roger: He hasn’t changed. He was worried that dental school would change his personality and harden him (whatever that is suppose to mean) – but he is still the same crazy and loving man he has always been.
Me: He still had to study. It might have been less – especially the second half of the year – but he still had to study.

Me: Every spouse of a dental student should be well aware of this stressful and terrifying test. If your husband studies at home, like mine does, that means being even quieter than the already usual quietness. Being supportive wasn’t challenging, but trying to find extra ways to help during this intense studying time can be difficult. What made things even harder was that we moved from an apartment to a townhouse in the middle of November – just one month before his test. So I did most all of the packing, cleaning, and unpacking so that he could focus on passing the Boards.

Oh and if you didn’t know the Dental Boards are now pass/fail! So on the upside you don’t have to worry about getting a specific score but just passing. That does however mean that if you want to specialize they will be looking more closely at your class grades since there is no standardized test scores to compare your score. 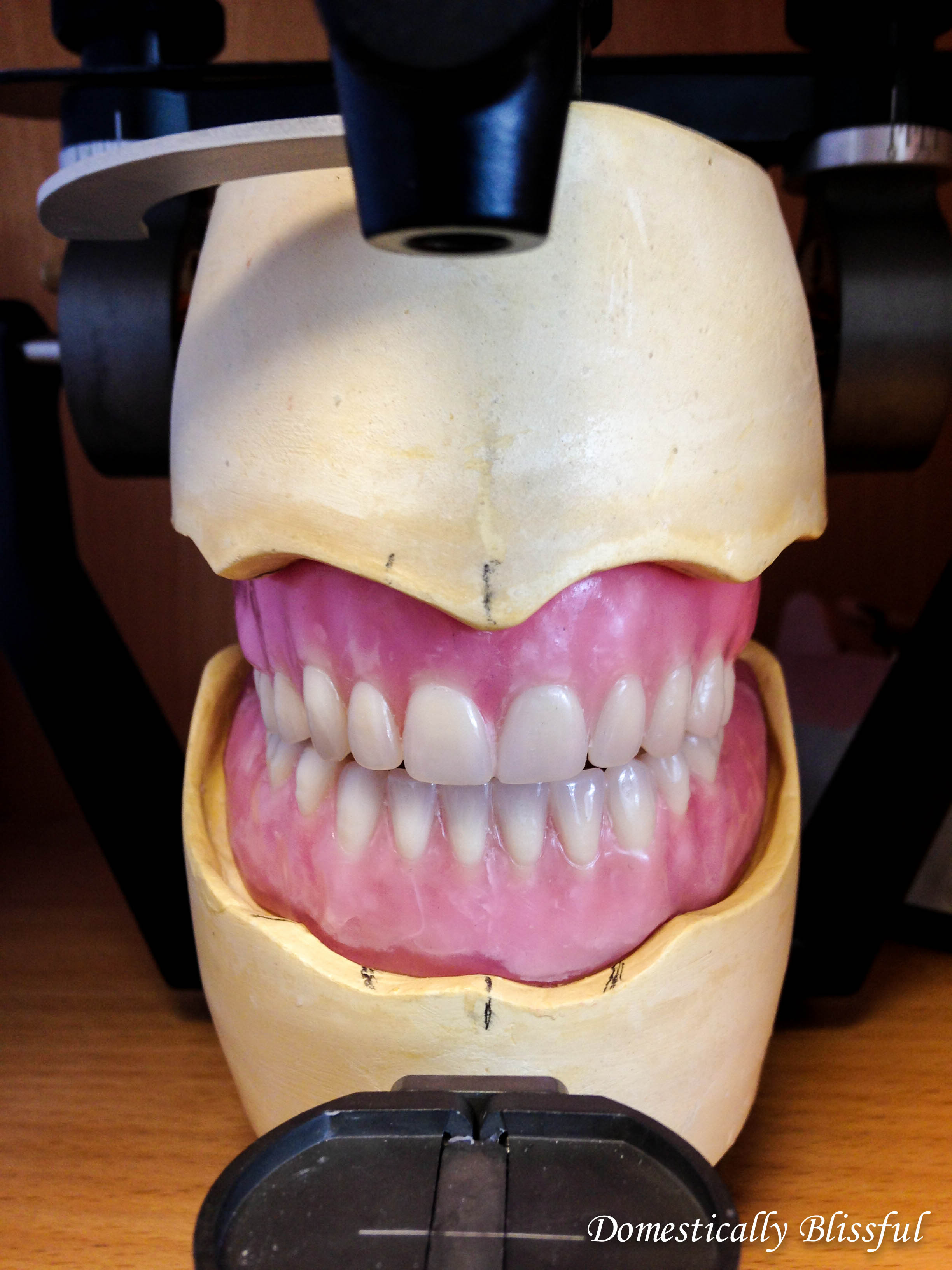 I find this picture to be a bit creepy…

Roger: It is amazing what you discover you know. After spending so much time studying for tests, you worry that it is not sticking in your head, but when it comes down to it, you actually know a lot more about what you are doing than you thought! He also says that it becomes easier because you are more used to the workload and that the original sticker shock – $$$ – has begun to ware off slightly.

Me: The first year was pretty rough, especially the second semester. His first semester of his second year was also a bit tough, mostly because of the boards. For the DAT my husband – then boyfriend – spent countless hours from sunrise to sunset all summer preparing for the DAT while I was working at camp and not a distraction. However, for the Boards he was in school and had a wife to deal with while preparing for the Boards. However, once the Boards were out of the way we were able to enjoy Christmas and the next semester.