This is how we celebrated!

Before we were married several of my mother’s friends described to me their years of marriage while their husbands were in professional school. I do not think they were trying to scare me, but to prepare me. They recounted the many days and nights in which they never saw their husbands and I began to fear the loneliness I would encounter once we were married and away from everyone we knew. My husband has always been a diligent student (fully committed to studying), I have never met anyone who studies as much or as hard as he does. So even while I prepared for the worse, I prayed that our marriage would not be negatively effected by the challenge of Dental School. I do not remember if I ever mentioned this fear to him, but it became clear over our first few months of marriage that my fears had been unnecessary. Don’t get me wrong, he studies A LOT! Everyday he comes home from school and he studies for hours, even if he does not have any tests coming up that week, however, he still always makes time for me. 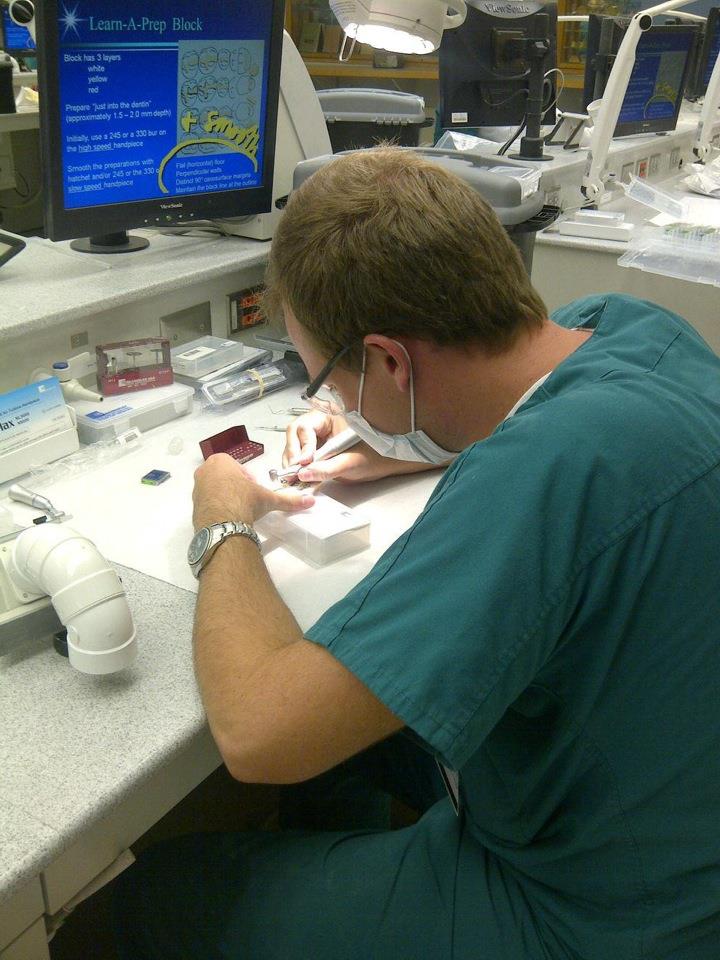 It’s also been a hard year in many other ways. Watching my husband battle through dental school has not been easy. There have been so many late nights and early mornings where I wished that I could do more to help him and share his heavy burden. But through these dark times I learned that the best way to be a good wife to my hard-working husband was to continually encourage him, cook him his favorite breakfasts, and most importantly pray. We have both learned (and will forever continue to learn) that there are no guarantees in life. After we have acted to the best of our abilities, we must leave the rest up to Him. This has been an especially trying experience when waiting to hear back about his test results. But through it all we learned to continually trust that God was leading both our marriage and his dental career endeavors. 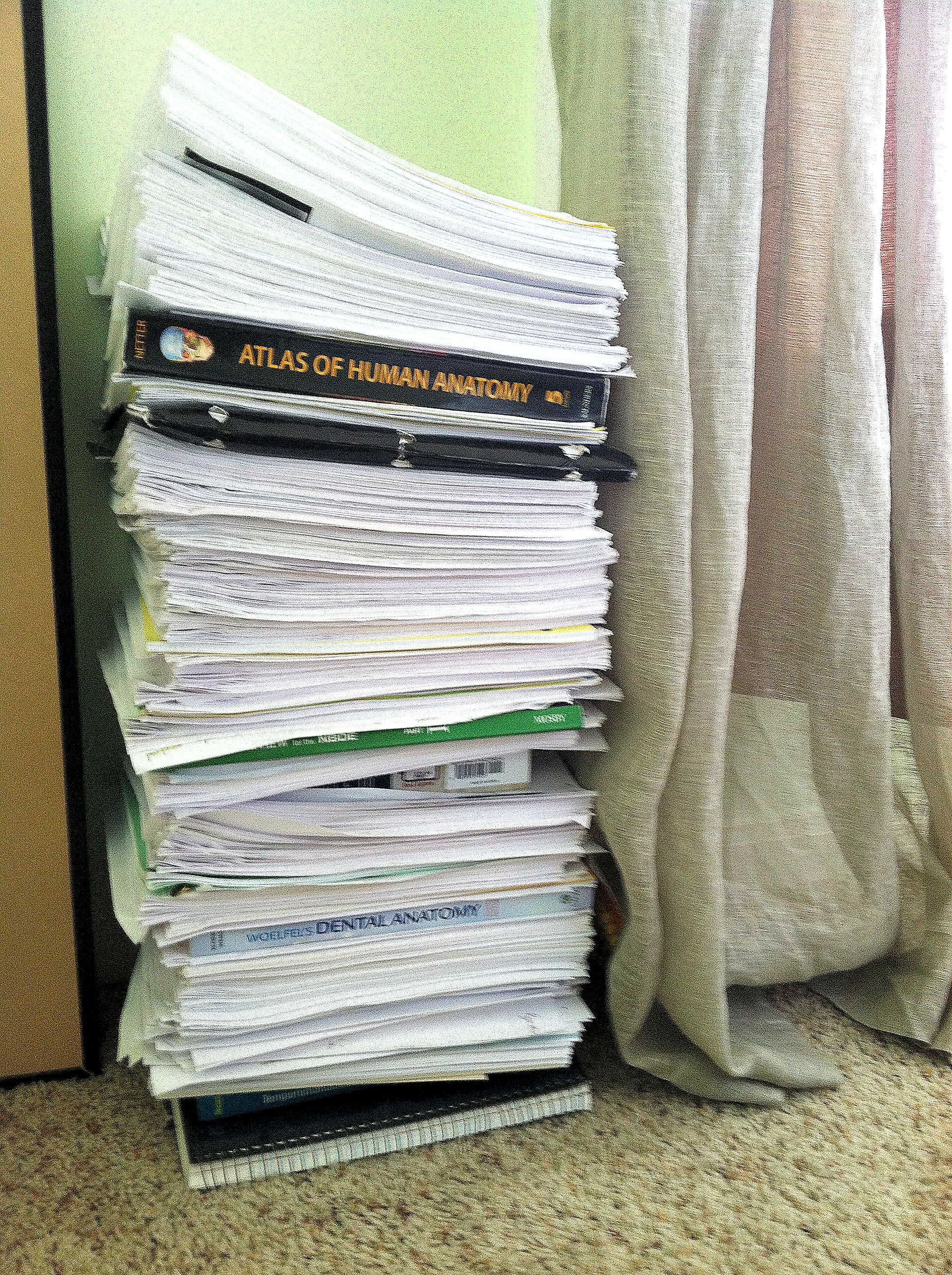 This is just a portion of the material he had to learn this year!

Although there have been many ups and downs, I would say that his first year of dental school has been a success. Neither one of us have been seriously scarred or injured over the last year, and with a month of summer break ahead of us I think we will have plenty of time to recuperate and prepare for Dental School year two.