Create your own Floral Watermelon Vase for your home or summer party! Plus unique recipes for leftover watermelon! 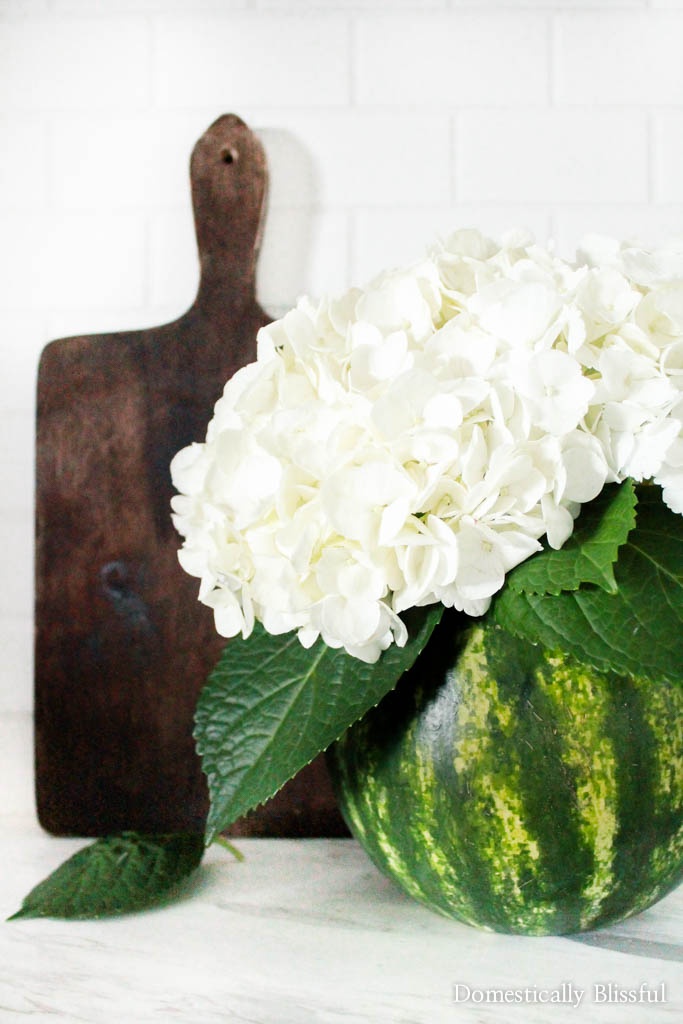 Last week I promised you four new watermelon recipes, & so far I have shared a recipe for Frozen Patriotic Watermelon Pops & Watermelon Pizza.

However, what I didn’t mention is that I also had a watermelon vase tutorial planned up as well! 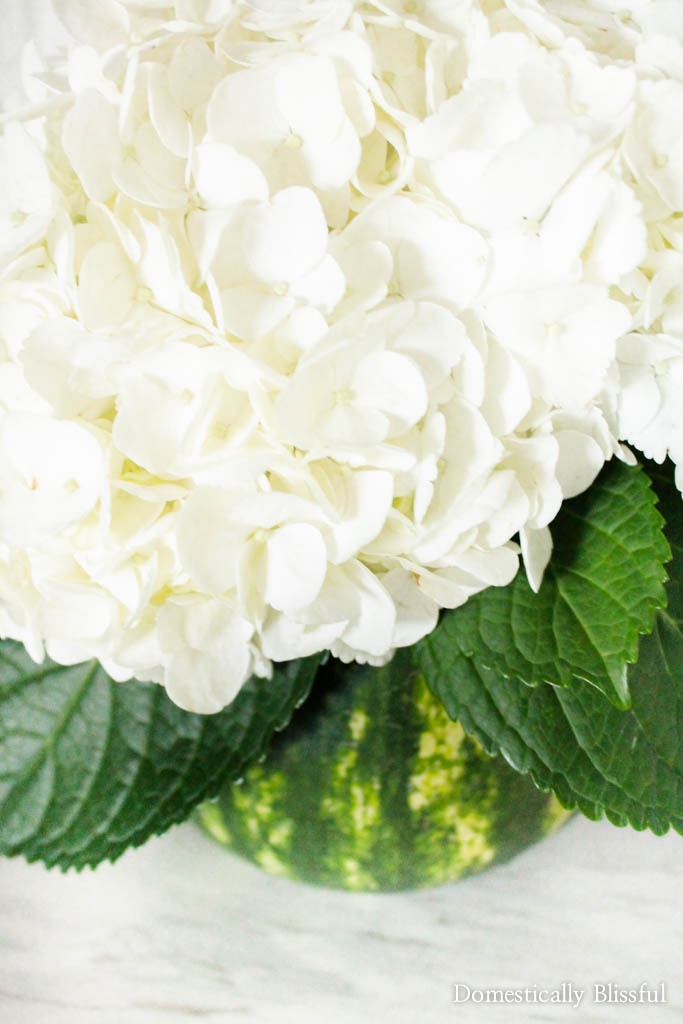 I know it might sound crazy having leftover watermelon, especially if you have a large or growing family that loves watermelon season, but it happens. Whether you bought way too much for a summer bbq, or you are a family of two who has a tendency to have an overabundance of fruit in their home, sometimes you have too much watermelon. Which is why I love creating recipes for leftover watermelon!

But you aren’t here for a watermelon recipe today, are you?

So I’ll try not to think about watermelon recipes, like watermelon cupcakes & stacked watermelon salad… But let’s face it, watermelon is good!! 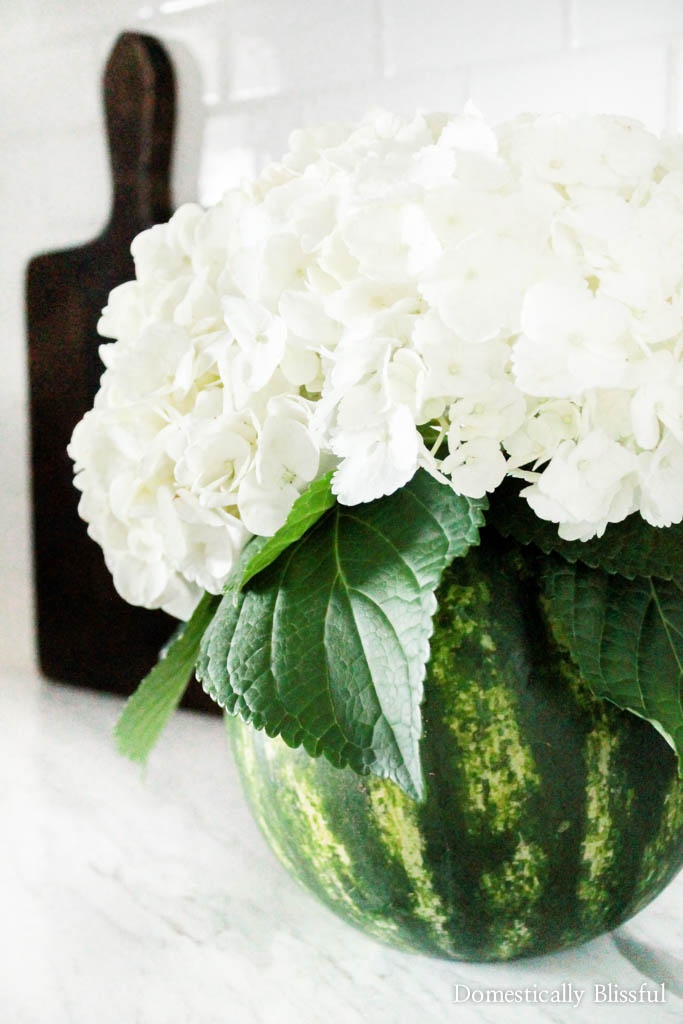 This idea, like all other ideas, is not original. The inspiration for this watermelon vase came in a weird round-about way. As I was applying for a sponsored post I noticed that they were asking for watermelon tutorials, not recipes. As an example, they shared pictures of carved watermelon & I immediately realized that I had no talent to create a carved watermelon, just as I have no talent to carve pumpkins, but that’s a whole other story.

So I began to brainstorm other ways people use pumpkins to decorate in the fall & how I could transfer that idea onto a watermelon. And that is when I came up with a watermelon vase! The only problem, it turns out I live in the wrong area & couldn’t apply for the sponsored post.

But now that I had this idea, I really wanted to create a watermelon centerpiece! I even had the perfect mini watermelon sitting on our kitchen counter! So I decided to do it anyway!

This DIY watermelon centerpiece is so easy to create, I almost feel silly sharing a tutorial.

But as I am quickly becoming addicted to creating short-form videos, like I did for this Strawberry Banana Bread, Frozen Patriotic Watermelon Pops, & Watermelon Pizza, I decided to create my first DIY decor tutorial in short form video.

And while you are there, be sure to subscribe & check out all of my other videos! 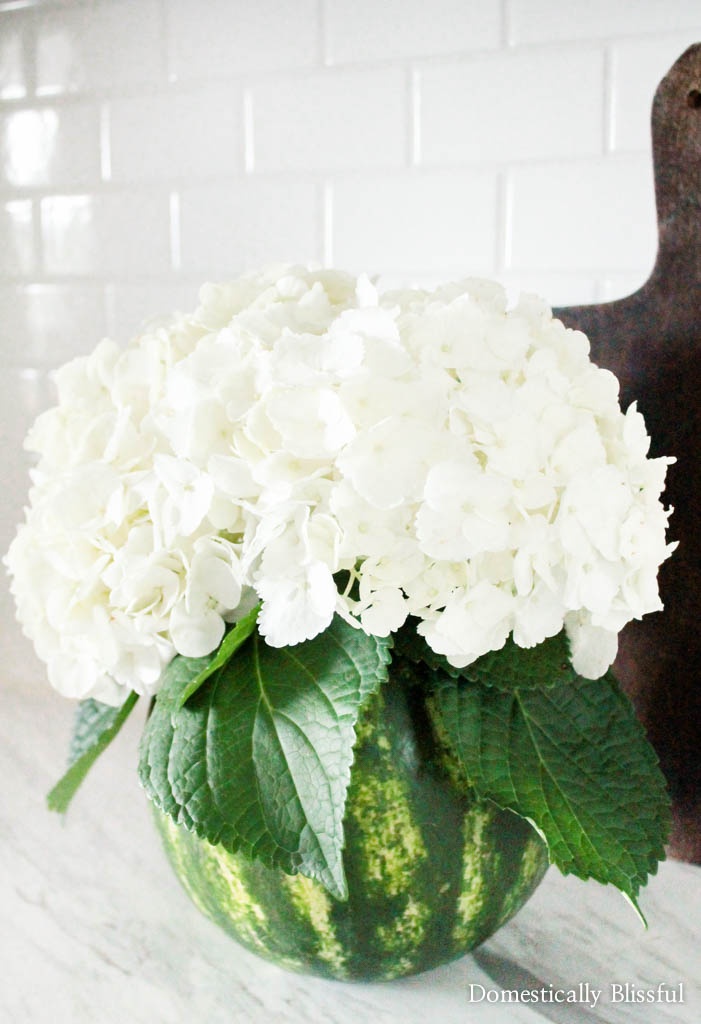 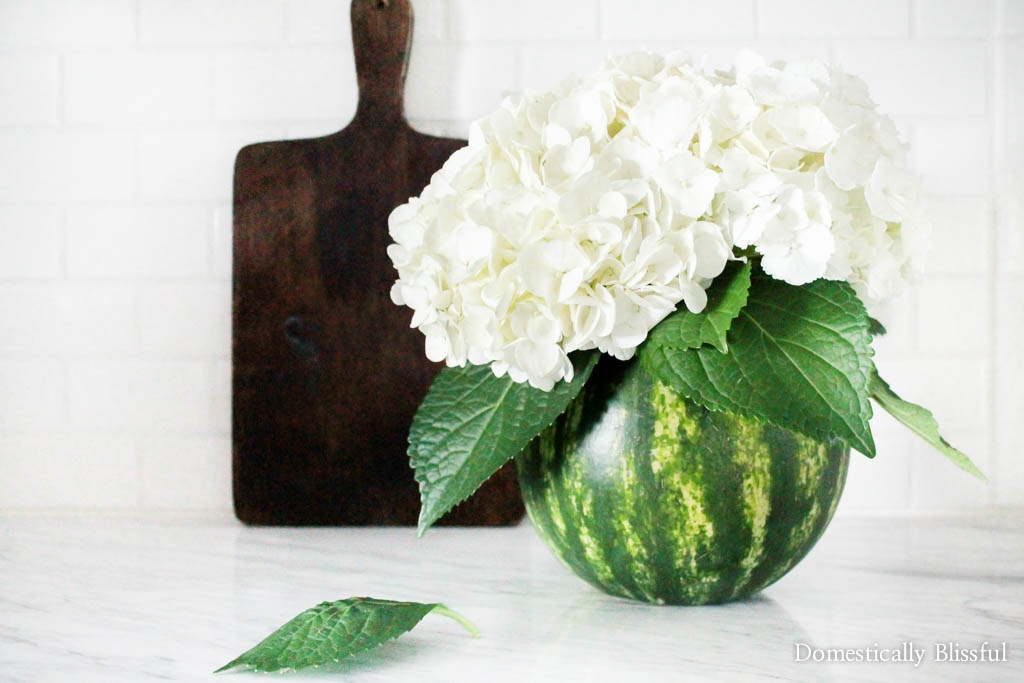 First, slice off a small piece at the bottom of the watermelon so that it will sit flat & not roll over. ***

Use your ice cream scoop to scoop out all of the watermelon for later enjoyment.

Carefully scrape out any remaining watermelon so that there is just the rind left. Then rinse it out & fill it with water.

***1. I cut out a round piece of paper towel & placed it under the watermelon. I noticed a little bit of water puddling around the base the second day & by day three there was twice as much, so just keep an eye on it. 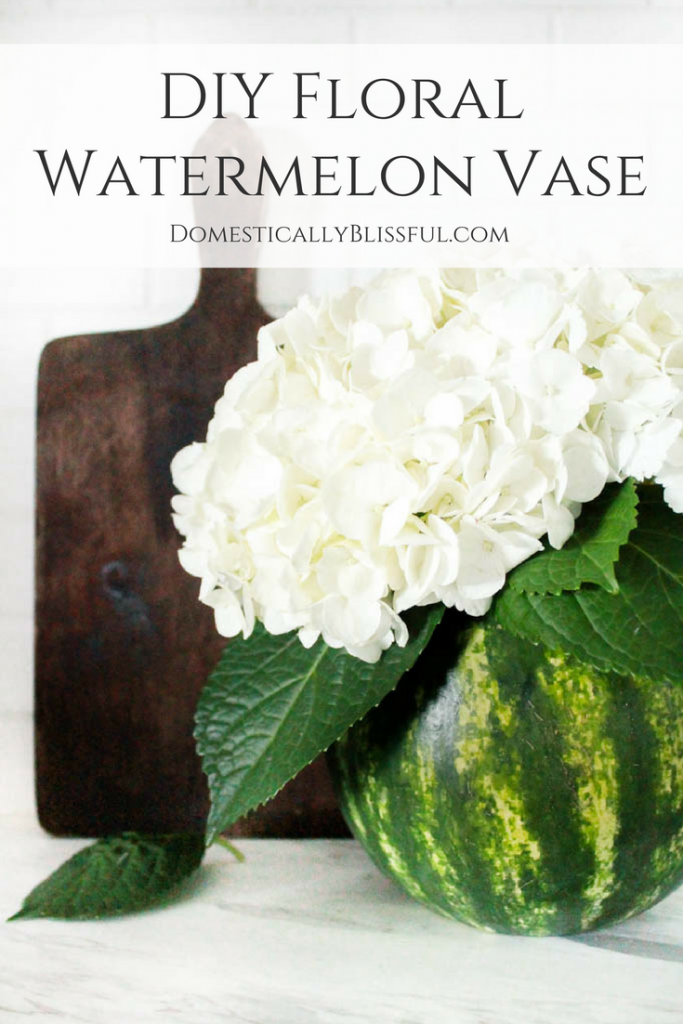 The father of the righteous will greatly rejoice,
And he who begets a wise child will delight in him.
Proverbs 23:24 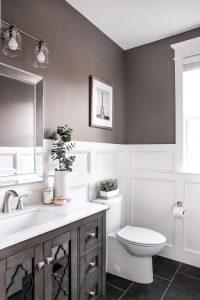 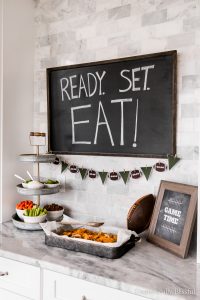 
Error: API requests are being delayed for this account. New posts will not be retrieved.


Error: API requests are being delayed for this account. New posts will not be retrieved.