A little look into my February goals for the blog & in life, along with a recap of what happened in our life & with Domestically Blissful in January. 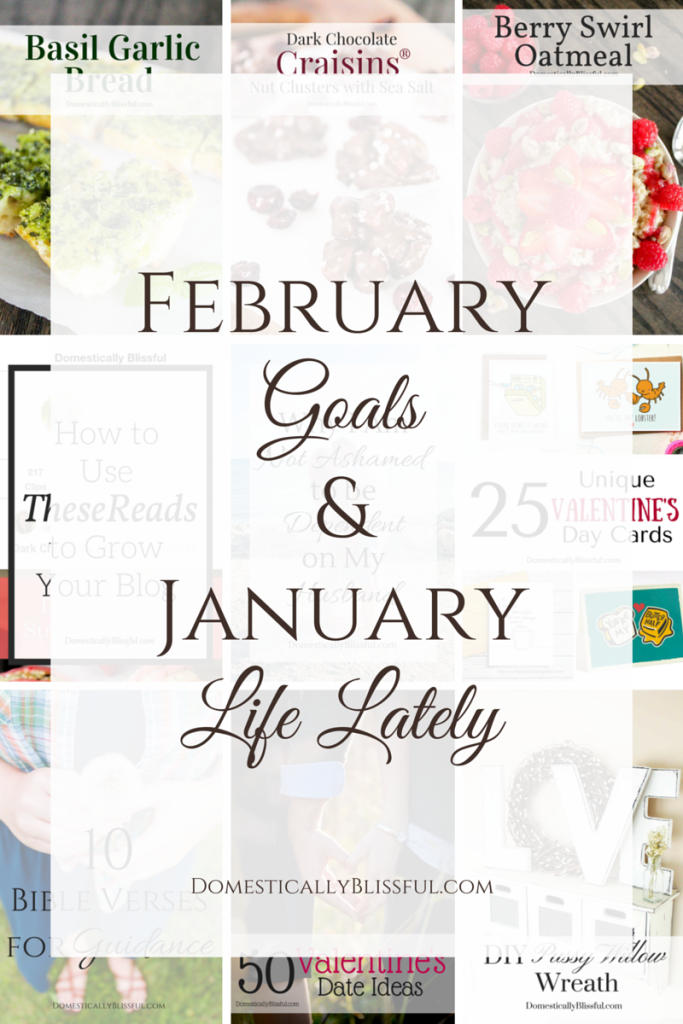 I love the month of pink & hearts!

Last month there were several firsts that occurred in relation to my blog.

For one, there was an entire week where I didn’t share a single new post on my blog. I’m a bit disappointed in myself, but at the same time I’m glad that this is the first time in my almost 2 & 1/2 years of blogging that this has happened. So I only shared 11 new blog posts in January…

On a happier note I reached 5,000 followers on Facebook!

Any who, I wrote today’s blog post backwards, from bottom to top, & I have too much energy to look at my computer screen any longer… So we are going to go ahead & skip right to my reading goals!

Oh, but one more thing! Please keep us in your prayers! We have some big things happening in February (& today!) that I can’t discuss until after they have happened, but I promise to fill you in as they happen & in next month’s life lately!

ps. You can keep up with the randoms from my life by following me on Snapchat @blissfulmiller

This month I started She Read’s Truth “The Bible in a Year” plan & I am already behind. Last year I made it through February before I fell so far behind I gave up. This year, however, I am not going to stop no matter how far behind I get. So even if it takes a year & a half to read through the Bible I am determined to read the whole thing consistently.

I’ll also admit that I am not exactly following their schedule, but rather using it more as a guide. So far I have read Genesis, some of John, & some of Psalms. In the morning while Roger is eating breakfast we have devotions together. I read a little bit from our church’s Bible study guide & also from the Bible. Although I plan on reading most of the Bible in my own devotions, I will be reading Psalms & Proverbs (along with a New Testament book or two) to Roger this year.

For Christmas my mom gave us a beautiful copy of Peter Pan which I have been reading off & on to Roger. We probably won’t finish it anytime soon. But I hope we will finish it by April.

I am also hoping to read Pride & Prejudice this month!

After writing this I’m honestly not sure how I will accomplish all of this reading since February is the shortest month of the year.

I blogged a lot less this month than I have in months past, but there was also a couple of other reasons why my blog page views decreased.

After curiosity finally got the better of me I asked a trusted blogging group I belong to what their yearly trend is for their blogs. I got a bit of a mixed response since we all blog about a variety of topics. But what I gathered from these ladies, & my knowledge of my own blog, the first quarter of the year is probably always going to be my slowest in regards to growth, interaction, & page views. And in contrast, the 4th quarter (the holidays) will probably always be the best time of year for my blog.

I will just keep trudging along these next few months & pray/hope that my blog doesn’t fall behind during the coldest & darkest months of the year!

With this knowledge I am going to try to make my goals more realistic for these first few months. And then as the year goes on I will push harder to reach the yearly goals that I mentioned last month.

Also, Ash from A Mom in Training had mention to me a couple of months ago that she was interested in reading what my most popular posts were each month. And I felt so bad that I forgot to include that in last months report! Sorry Ash! But I promise to include them from here on out!

Yay! I finally made it to 5,000 followers on Facebook! I will admit that I was pretty excited about this!

For the first few months I will keep increasing my Facebook goal by 100. Depending on the trend, I will probably increase that to 150 a month in April, then 200 in August, & (fingers crossed) 250-300 later in the fall. After doing the math, I’m really not sure if I will reach my 7,500 Facebook followers by the end of 2016, but there’s nothing wrong with dreaming big & working hard towards a goal!

So this is pretty funny! [insert slightly sarcastic laugh]

I gained & lost many followers this month resulting in one less follower than I had at the end of December.

I’m thinking I need to change my goal to 7,500, but even that is going to be difficult.

However, I am contemplating switching the dropdown bar back to Pinterest, because I think I had more interaction with the Pinterest dropdown. What do you think? If you were (or are) coming to my blog for the first time, what are you more likely to click on? A Pinterest follow button or an email subscription dropdown bar (I also have a popup after you reach a certain % of my blog page)?

I can’t believe it! I finally reached the Twitter goal I have had for months!

I really think this has everything to do with TheseReads. I’ve started using their share button & throughout the day I am constantly tweeting from TheseReads.

Hopefully I can keep this up!

After months of debating whether I should start an RSS feed email subscription I finally did it near the end of December. I know it might sound silly, but I didn’t want to pay for a P.O. Box. After finally deciding to make the investment I found an inexpensive one & took the dive.

I had a subscription box on my blog when I first started blogging (although I don’t know if I ever used it), so when I imported the original list into MailChimp I had 83 subscribers. So while it was nice to start with 83 subscribers, rather than 0, I’m pretty sure I lost some of them right off the bat because chances they didn’t follow Domestically Blissful on social media, & then when I didn’t email anything they forgot who I was. Which meant that when I did start emailing they probably thought I was spamming them.

I initially signed up for a month of Get Social using their Starter Plan, bad idea! I don’t know what I was thinking because once you reach their 25,000 page views limit their popups will no longer show on your blog. And since I get over 100,000 views a month I would be paying upward of $24 a month.

So I quickly switched to Sumome & am using all of their free tools. I think that this is a perfect trade off! I did notice that I was getting more subscription sign ups a day through Get Social, but it was not enough to make me pay that steep price.

Plus I still gained 200+ new email subscriptions in January! Although truth be told I have no idea if this is good or bad. I’m going to have to do some research to figure out if this is an accurate number based off of my monthly page views. If it isn’t good then I need to make some adjustments to my dropdown/popups to increase the number of new subscribers. If it is good than I am going to make my 2016 goal 2,500 subscribers.

Do you have any tips or advice for a newbie like me?

Even though this post garnered more than 80k views on Hometalk, it was such a simple tutorial that there wasn’t a lot of click through to my blog… Oh well! I had fun making it & I really love the addition to my home!

So I’ve decided to be more realistic with my February goal. Although, to be honest, I think it will be tough to even reach this goal since February is the shortest month of the year!

I guess we’ll just have to wait & see! 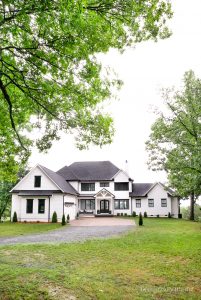 Our House Is on the Market 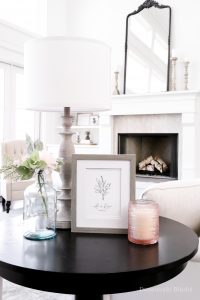 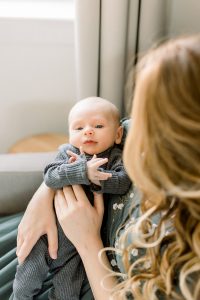