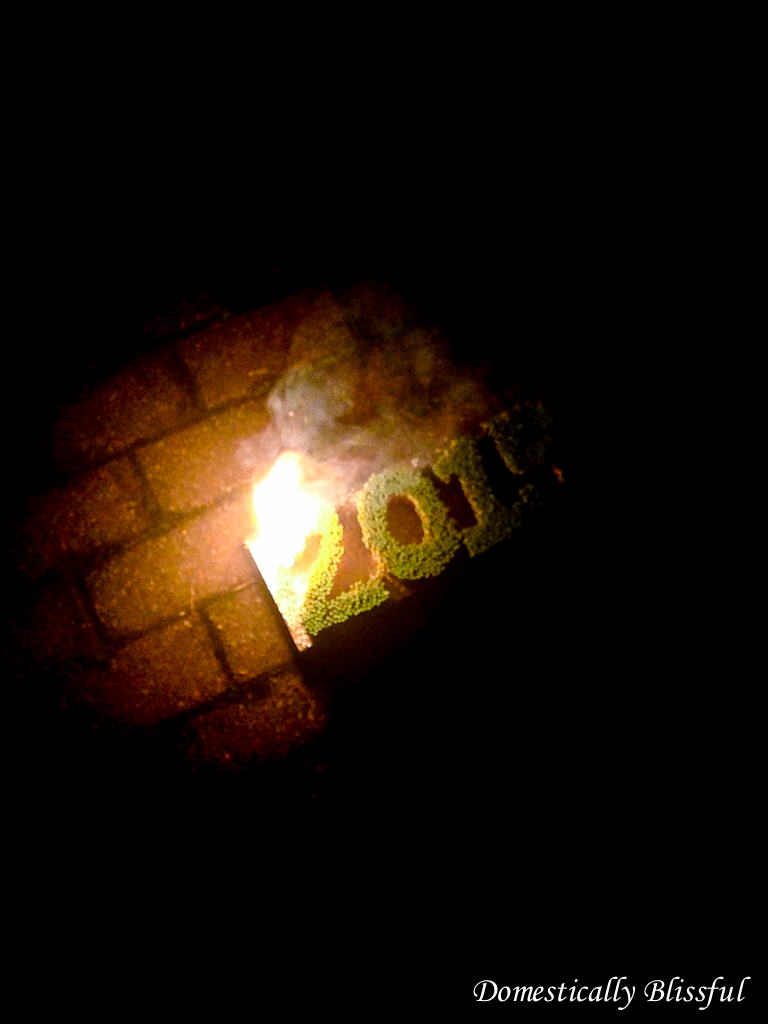 I was afraid it was going to be one big ball of fire & at first it seemed like it would be, but the longer it burned the more you could distantly see the 2015 lit up!

So in case you missed it, here is what it looked like before we lit it up. 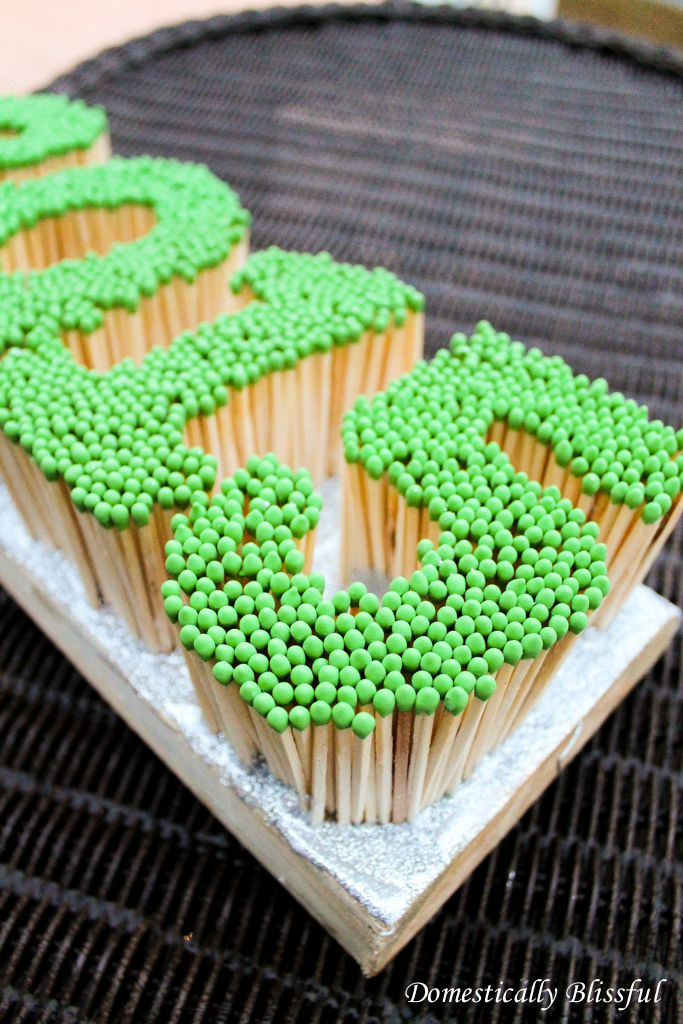 Don’t you love the sparkles?

I had no idea what was going to happen when we lit it, but I was pleasantly surprised! I thought it would immediately light up & be a big ball of fire without us being able to see the 2015. It ended up needing a little extra help so we lit it on both ends. Once it did catch on fire it was a big ball of fire at first, but then it became a nicely glowing flame & you could distintly see the 2015 & the shimmering silver glitter. I could make some nice relationship/marriage analogies here but I’ll spare you this time! 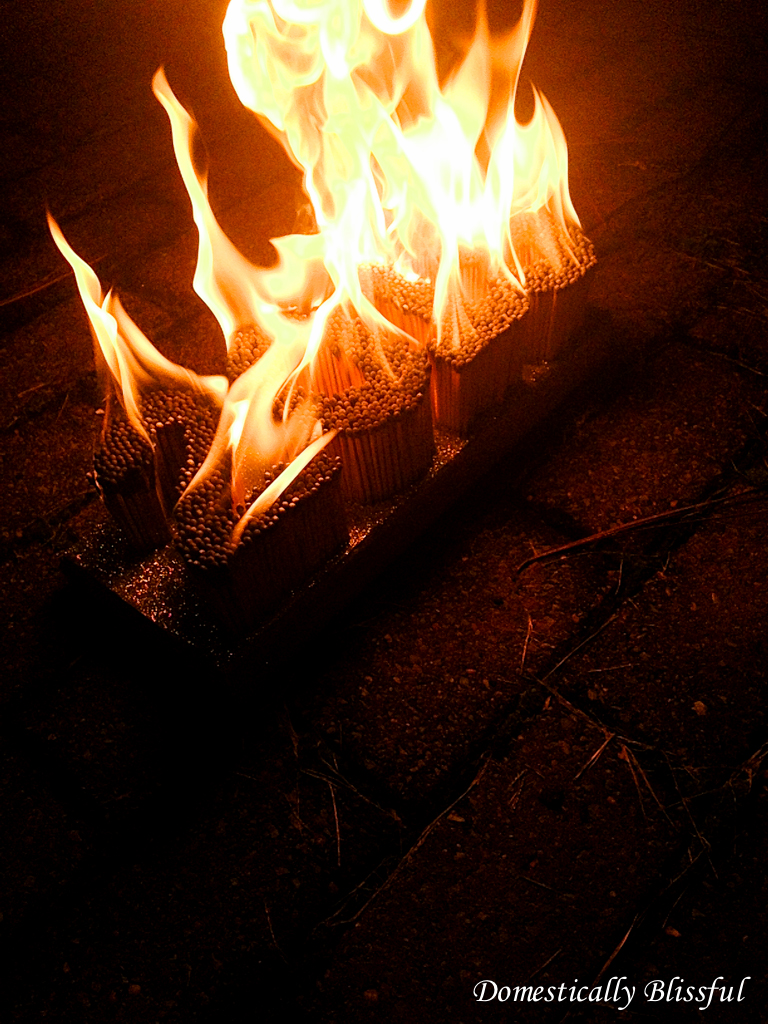 Check out the full tutorial for the New Years Matches Sign here.