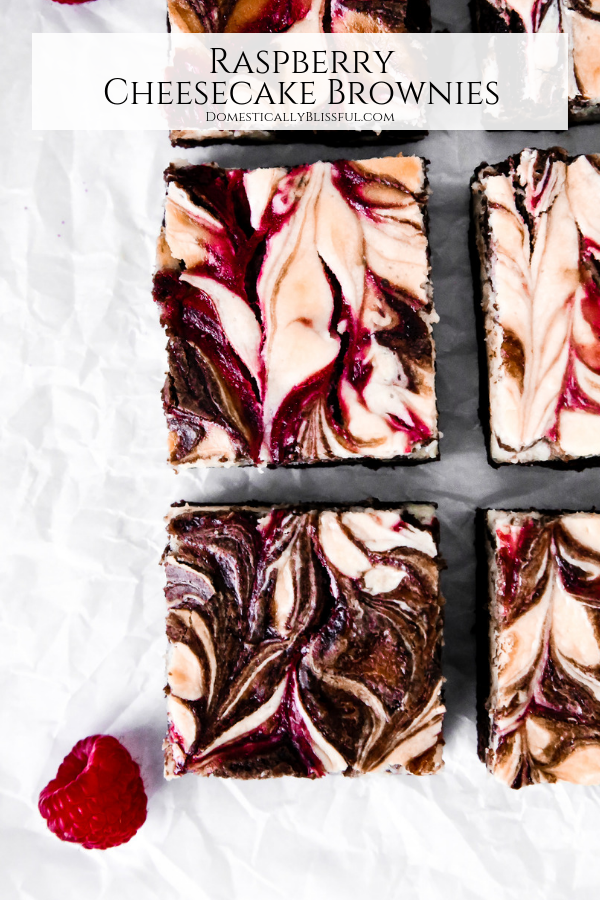 These Raspberry Cheesecake Brownies have a homemade creamy cheesecake, sweet raspberries, & a rich chocolate brownie that make it the perfect dessert for summer parties & Valentine’s Day.

Sharing a new berry cheesecake brownie recipe has become somewhat of a yearly tradition that I started back in 2017.

And I almost forgot that I also shared a Pumpkin Spice Cheesecake Brownies recipe in the fall.

However, I don’t think that one should count since pumpkins aren’t a berry, even if they are a fruit.

But since I did technically share two different types of cream cheese brownies last year I’ve decided to try & only share one this year because I don’t want to overdo it on the cheesecake brownie recipes.

If that’s even possible!

So I decided to make this year’s cheesecake brownies recipe extra memorable & delicious by creating these Raspberry Cheesecake Brownies.

They are so good my sister-in-law even ate one for breakfast!

Don’t worry sis, I’ll keep your identity a secret so no one knows you sometimes eat dessert for breakfast.

But if we were all honest, we would have to admit that we do it too!

And you’ll definitely want to with these Raspberry Cheesecake Brownies! 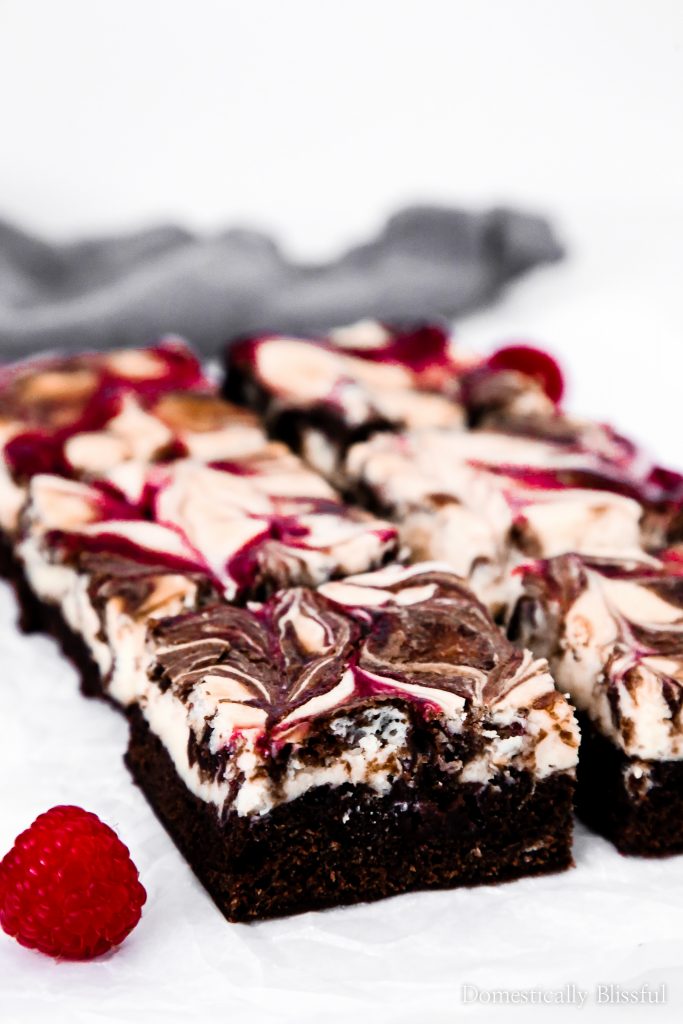 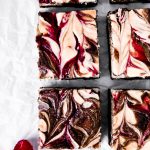 These Raspberry Cheesecake Brownies have a homemade creamy cheesecake, sweet raspberries, & a rich chocolate brownie that make it the perfect dessert for summer parties & Valentine’s Day.

If you make these Raspberry Cheesecake Brownies be sure to share a picture & tag @DomesticallyBlissful on Instagram so that we can all see your chocolate raspberry dessert!

And if you enjoyed this recipe, be sure to subscribe to my newsletter below so that you don’t miss out on another blissful bite!

What is your favorite thing about this recipe, the cheesecake, brownies, or the raspberries?
Feel free to comment below, email me, or tweet me on Twitter!