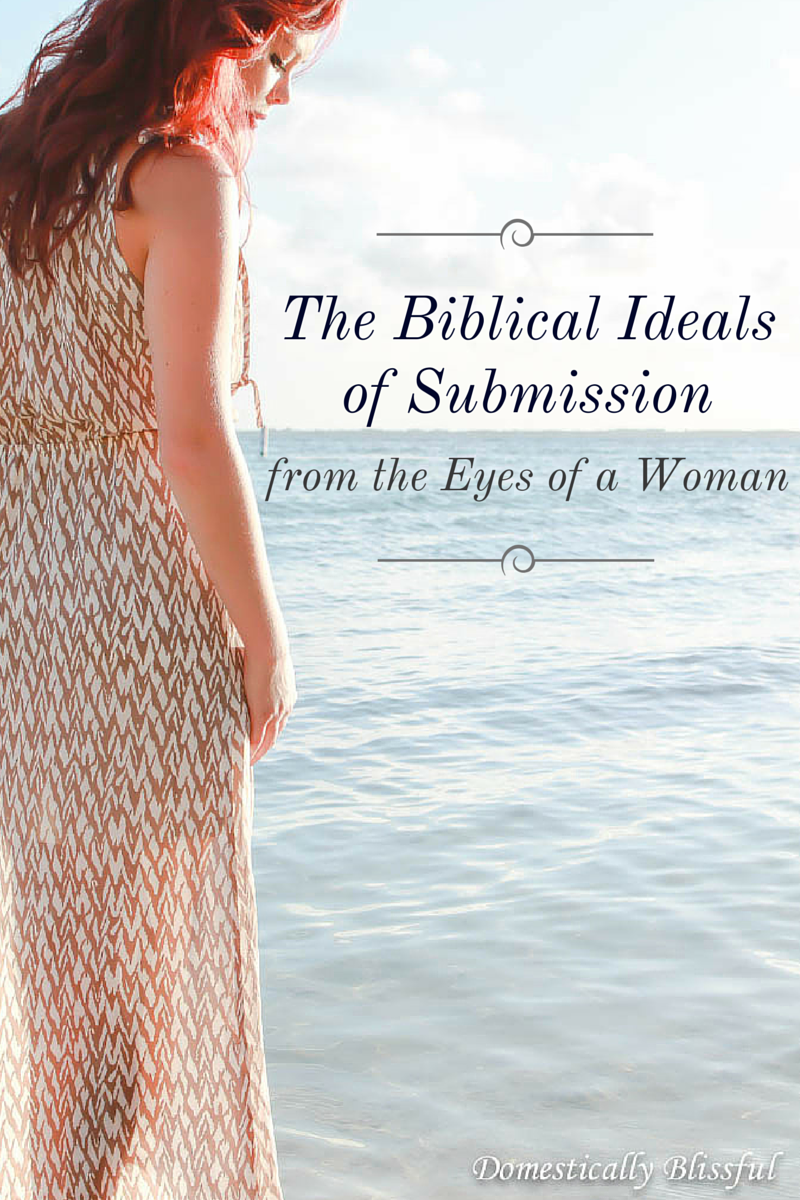 The Biblical Ideals of Submission from the Eyes of a Woman

Note: I am a Christian who take’s God’s Word as He gives it to us in the Bible.
I try to avoid getting caught up in changing the Bible to fit a 21st century feministic mindset
& rather focus on what God has written in His Love Letter to me.
Because I believe His Word (every word) is not only still relevant today,
but that it is a necessary guide for all Christians in their walk with God.

If you do a quick scan of the Bible using the key term submit or submission you will quickly discover that this is a topic God clearly wants us to understand. Yet so often we misunderstand, misinterpret, or even completely ignore God’s calling for submission.

The Bible is easy to understand, but it can be hard to swallow if our hearts & minds are not open to the Holy Spirit. I grew up with very feministic views, but the more I read the bible the more I struggled between my own ideals, theories, & cultural views & those espoused in God’s inspired Word. I knew that I couldn’t hold on to both.

I could either submit to God’s Word (the Bible) or I could bend God’s clear & concise words to my own desires & cultural understanding. But the problem with this is that I would have to skip over huge sections of the Bible in order to keep my ideals. And if I did this I knew I would have an even greater interal spiritual war. I had to make a choice. Either I claimed the Bible as the inspired word of God  – every word as is (& those, such as in Timothy, with cultural & historical knowledge) – or I would indirectly claim that I knew best by interpreting the Bible as I desired so that it fit into my cultural ideals.

On a side note. I completely believe in the biblical ideals of submission. But lets be honest, there are some texts in the Bible, specifically written by Timothy, that are very hurtful when not understood in the historical/cutlral context. While there are some texts that should be understood in historical & cultural context there are many verses on submission in the old & new testament that aren’t culturally based, but rather are standards clearly established by God for His people.

This was a very personal journey that did not happen over night. I’m not even sure if I knew I was on this journey when it started, but as I read & studied over the years, seeking biblical understanding rather than my own (or those of other men & women), my heart, beliefs, & ideals began to change.

And on another side note. While I love to read what spiritual Christian leaders have to say, I only take it to heart if it can stand up to simple Biblical texts. And not my own interpretation of Biblical text, but a direct comparison with God’s Word in context. 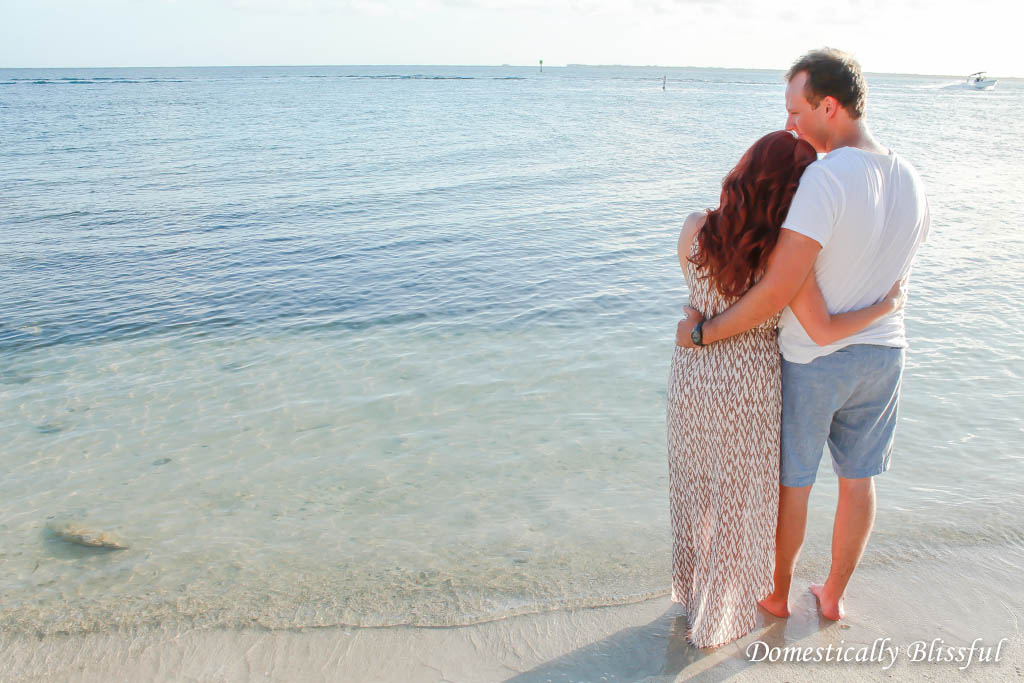 I want to challenge the idea that submission is always & inherently a negative term denoted to those of lesser value & worth.

Submission is not an admission to inequality or inability, but rather a declaration of God’s will working in our lives.

Submitting is not about what I can or can not do, it is about what I should do according to the guidelines God laid out in the Bible. I don’t have to understand, & at times I may not even agree with what God says, but as a follower of Christ I must strive my hardest to follow His Word. Of course I don’t blindly follow God. After years of study I have come to learn that God’s way is the best way & that He has my best interest in mind. He did send His Son to die for little sinful me. Just because I don’t always understand what God says doesn’t mean what He says is arbitrary. His main motivation is His love for us. I know I can trust His guidance.

Before Christ said “Wives, submit to your own husbands, as to the Lord” (Ephesians 5:22), He said to “Submit to one another out of reverence for Christ” (Ephesians 5:21). Therefore we do not submit because we are a weaker race, because we are incapable of doing something ourselves, nor because we have no mind of our own. No, we submit “out of a reverence for Christ.” We don’t always have to understand why God does or commands something, we simply must obey in faith believing that He, as our heavenly Father, knows more than we, His children on earth. By doing so our heart & actions will proclaim not the inferiority of women, but the superiority of God.

We then became a wonderful example, not only to the world, but more specifically to our husbands. By giving up our own earthly desires our actions show that we trust God’s order, His guidelines, & His Law & we as women then become a testimony of faith to all those around us.

If then you were raised with Christ, seek those things which are above, where Christ is, sitting at the right hand of God. Set your mind on things above, not on things on the earth. For you died, and your life is hidden with Christ in God. When Christ who is our life appears, then you also will appear with Him in glory.

Therefore put to death your members which are on the earth: fornication, uncleanness, passion, evil desire, and covetousness, which is idolatry. Because of these things the wrath of God is coming upon the sons of disobedience, in which you yourselves once walked when you lived in them.

But now you yourselves are to put off all these: anger, wrath, malice, blasphemy, filthy language out of your mouth. Do not lie to one another, since you have put off the old man with his deeds,  and have put on the new man who is renewed in knowledge according to the image of Him who created him, where there is neither Greek nor Jew, circumcised nor uncircumcised, barbarian, Scythian, slave nor free, but Christ is all and in all.

Therefore, as the elect of God, holy and beloved, put on tender mercies, kindness, humility, meekness, longsuffering; bearing with one another, and forgiving one another, if anyone has a complaint against another; even as Christ forgave you, so you also must do. But above all these things put on love, which is the bond of perfection. And let the peace of God rule in your hearts, to which also you were called in one body; and be thankful. Let the word of Christ dwell in you richly in all wisdom, teaching and admonishing one another in psalms and hymns and spiritual songs, singing with grace in your hearts to the Lord. And whatever you do in word or deed, do all in the name of the Lord Jesus, giving thanks to God the Father through Him.

End Note: Feel free to leave a comment.
Just know that I won’t respond to anything that might draw me into a heated discussion.
Also, since this is my blog I have the right to remove anything that is hurtful or offensive. 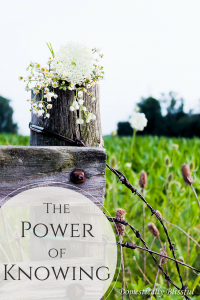 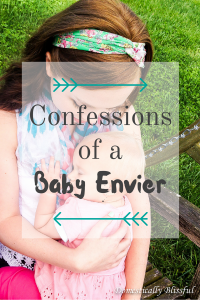 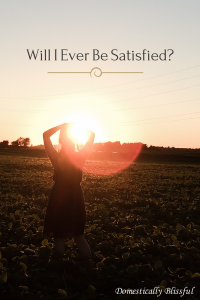 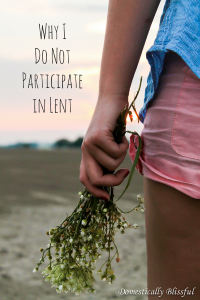 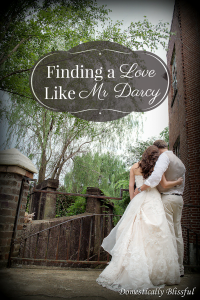 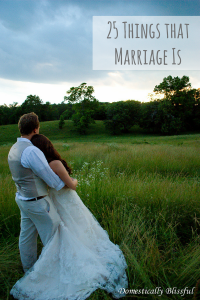 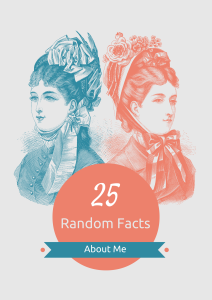 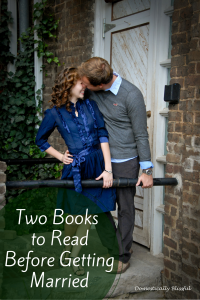 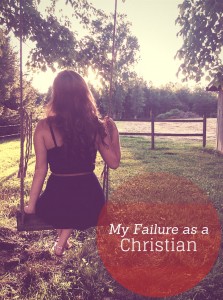